Since inception, the direct actions of Neutral Fuels have resulted in a reduction of more than 15 million tonnes of CO₂e* for customers, including restaurant chains, truck and bus transportation fleets, hotels, the construction industry, the oil and gas industries, and maritime shipping. Neutral Fuels is the largest producer of biofuel in the Gulf region. Headquartered in Dubai, the company operates in the UAE, Bahrain, India, Singapore and South Africa, and is rapidly extending its operations to other parts of the world. 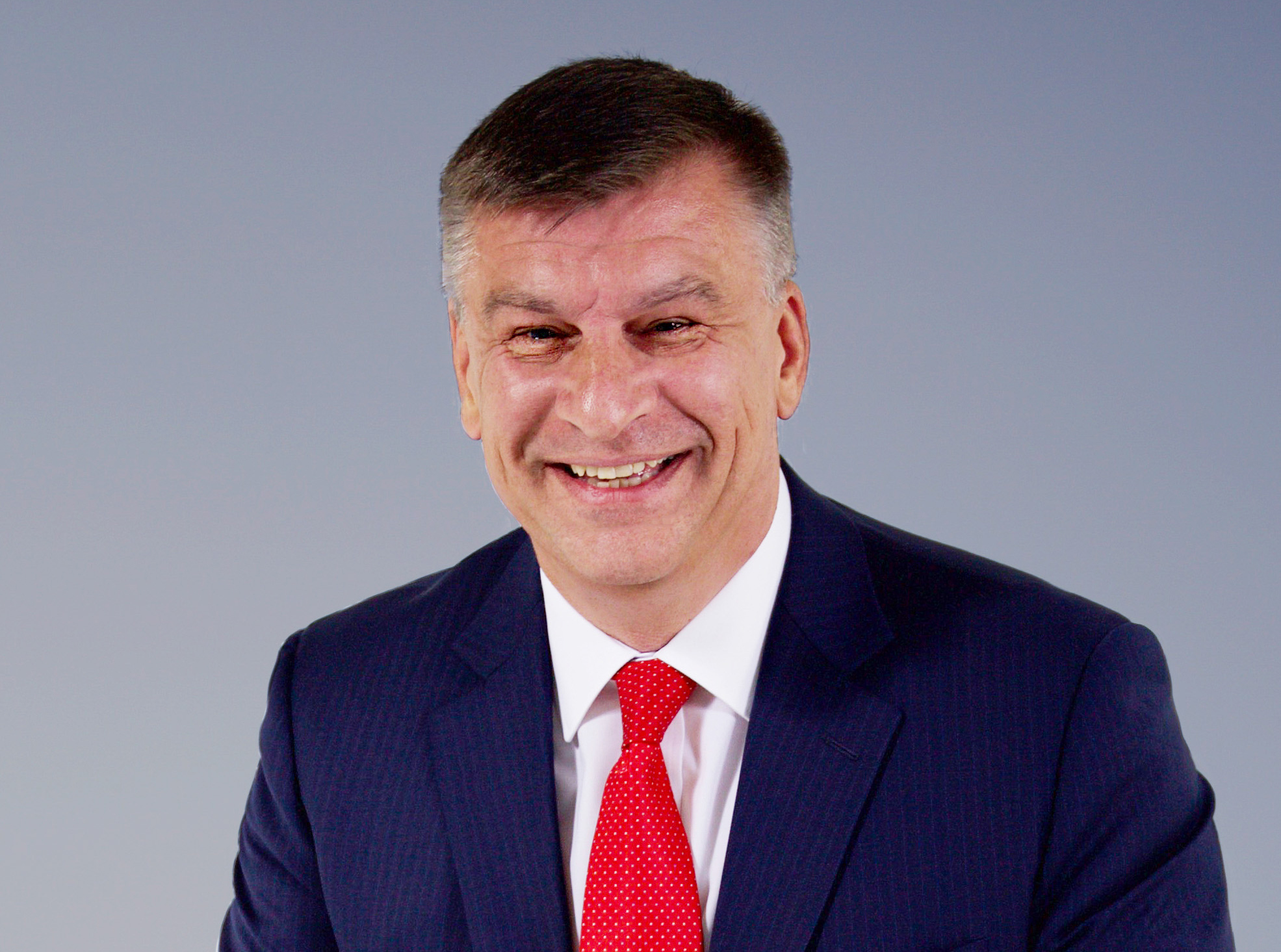 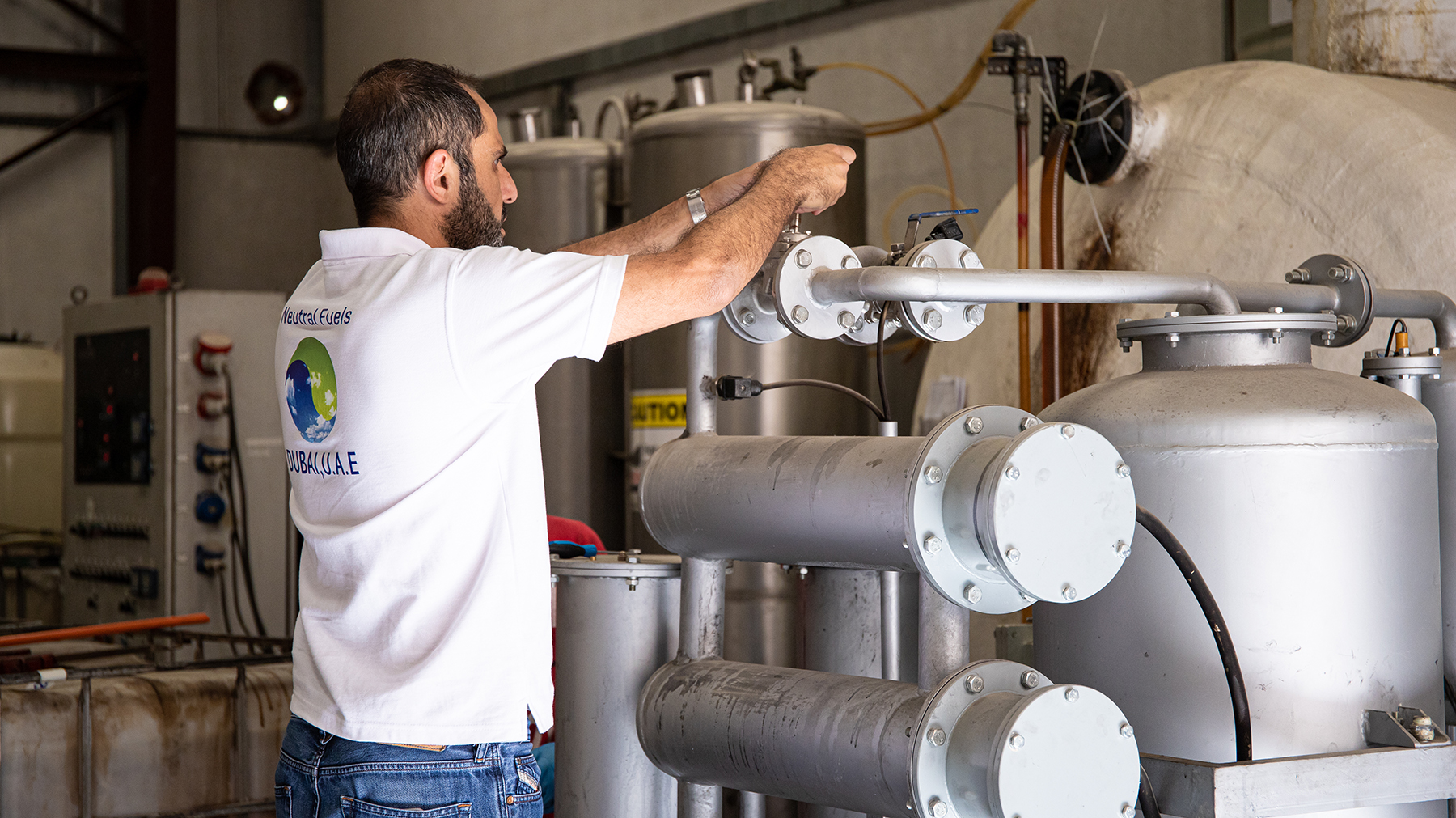 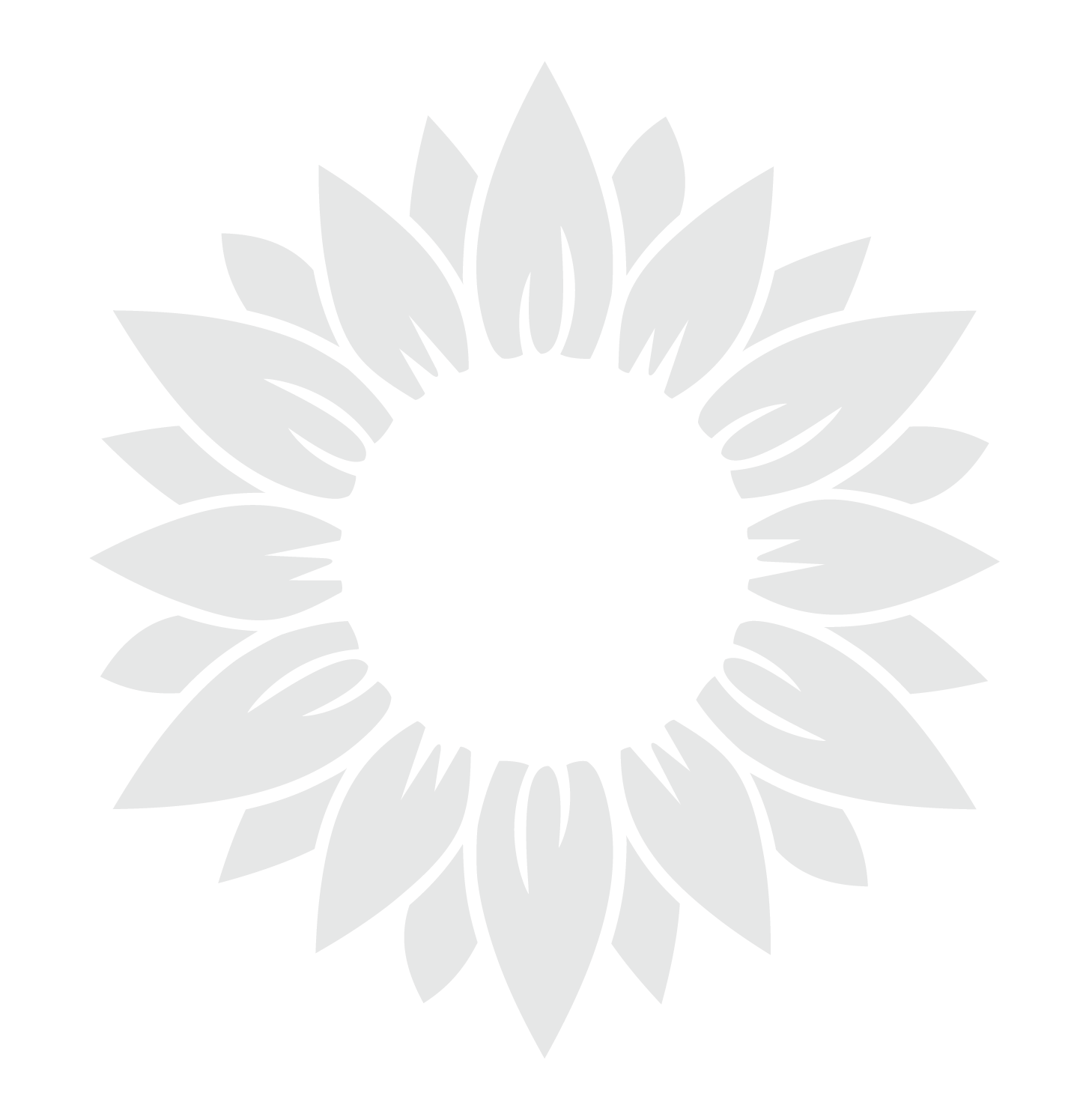 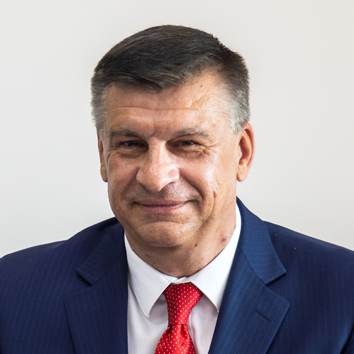 When Karl was dubbed the Elon Musk of biofuel by the prestigious Gulf News in October 2020, it made complete sense to customers and staff alike, just as it did when Neutral Fuels was named Company of the Year in the Solutions to Climate Change category at the ADIPEC Awards in November 2020. These are the latest in a long list of accolades Karl and his companies have won over the years.

Karl pioneered commercial production of net zero biofuel in the Middle East in 2011. Today, Neutral Fuels is the largest group of cleantech fuel facilities in the GCC and his direct actions to mitigate climate change have resulted in millions of tonnes of CO₂e savings. Recognised by the World Economic Forum as a Technology Pioneer in 2003, he has advanced the way fuel is delivered and used, breaking new ground by introducing AI and the Internet of Things (IoT) to optimise waste and fuel management to save customers time and money.

An award-winning serial entrepreneur, Karl has built and sold five companies (the first to Microsoft and the last to DHL) and led two more to IPO. His global perspective has been developed through conducting business in 46 countries.

Karl mentors entrepreneurs across industry and was the first Adjunct Lecturer at the Masdar Institute in Abu Dhabi. He has worked as a Catalyst at Hult International Business School in Dubai and San Francisco, coaching start-ups and inspiring entrepreneurs to design real sustainability into their businesses.

Karl holds a B.Eng. (Hons.) in Industrial Engineering and German language, an executive MBA, and is writing his PhD thesis on the psychological profiling of start-up teams. He is an international conference speaker and the lead vocalist for Dubai-based classic rock band Sandstörm, which released its first album in October 2020. 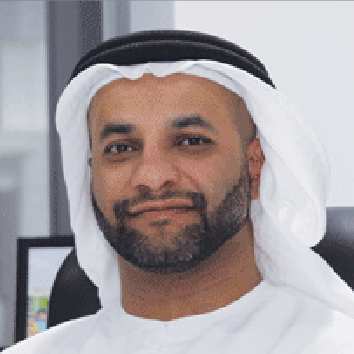 Listed by Forbes Magazine as a top UAE entrepreneur, Hatem started as an engineer with Emirates Airlines before founding Energy Solutions Group (ESGI), an Internet of Things (IoT) technology company that improved the operational performance of customer assets, increased revenues and reduced long-term operating costs. With a wealth of experience in measuring, monitoring, and analysing IoT devices and data, Hatem has defined and expanded iFuel, the Neutral Fuels fuel management system. He graduated from Emirates Aviation College with an HND in Aerospace Engineering. 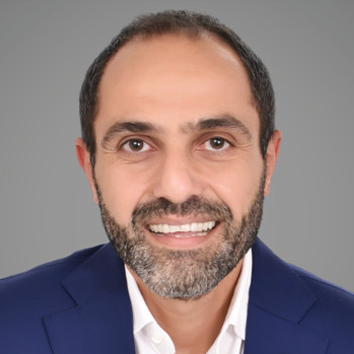 As the MD of Neutral Fuels, Ali has been responsible for expanding Dubai production capacity and company profitability. Ali’s career started in his family’s textile business before he branched out on his own with Al-Nour Catering and Restaurant Management, where he gained a wealth of experience in logistics and strengthened his financial management abilities. He also founded F&J Distributors, working with both Nestlé and McVities. He has a B.Sc. in Business Studies and is fluent in English, Arabic and Hausa. 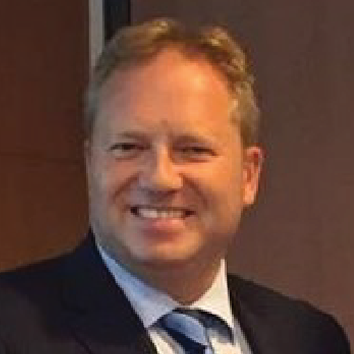 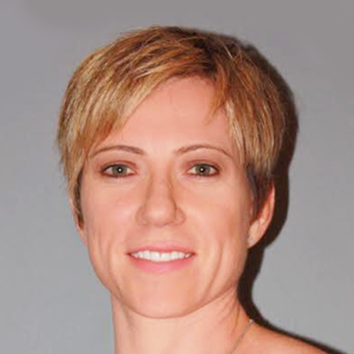 Maureen is a CPA qualified senior accountant. Prior to joining Neutral Fuels she worked as Deputy Finance Director for McDonald’s Corporate in Dubai where she was responsible for all Middle East operations. Before moving to the UAE, Maureen worked as an accountant and financial controller in South Africa. She has a BCom in Accounting. 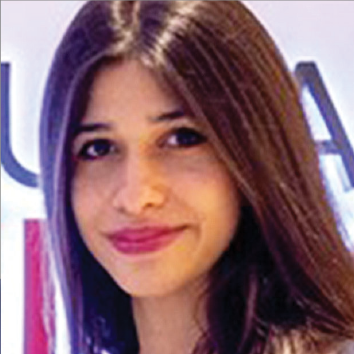 Izdihar, a fluent English and Arabic speaker, was highly commended by the UK Institute of Chemical Engineers in 2015 for her pioneering work with biofuels. Izdihar holds a BSc in Chemical Engineering from the American University of Sharjah, UAE, and will shortly graduate with an MSc in Sustainable Policy and Development from Modul University. 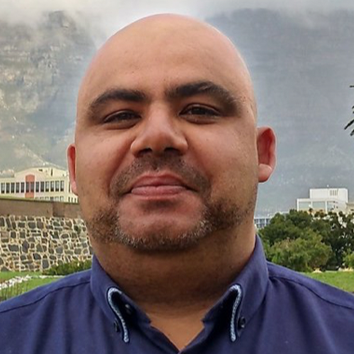 Craig has many years of construction management and engineering procurement experience from his role as consultant to One & Only The Palm, Fairmont Palm, and Meydan Racecourse Hotel in Dubai. He has conducted sustainable engineering projects in industrial facilities in China, Japan, Indonesia, Singapore, Malaysia, and Australia. An enthusiastic sustainable building designer, Craig holds an MSc in Construction Project Management from Heriot-Watt University, and has Six Sigma Green Belt Certification specialising in optimised energy use in the built environment.

BUILDING A SUSTAINABLE
FUTURE fOR OUR CHILDREN 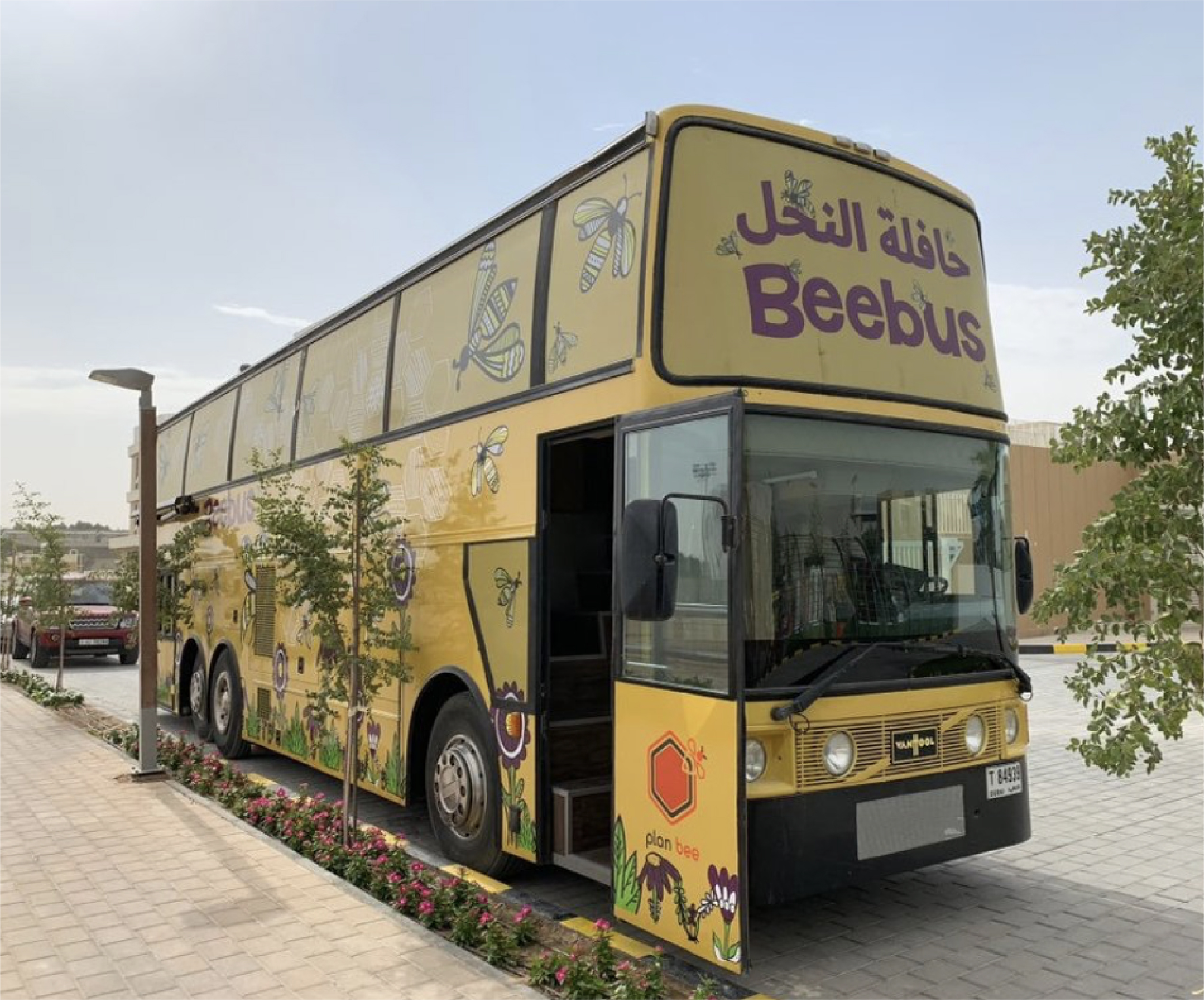 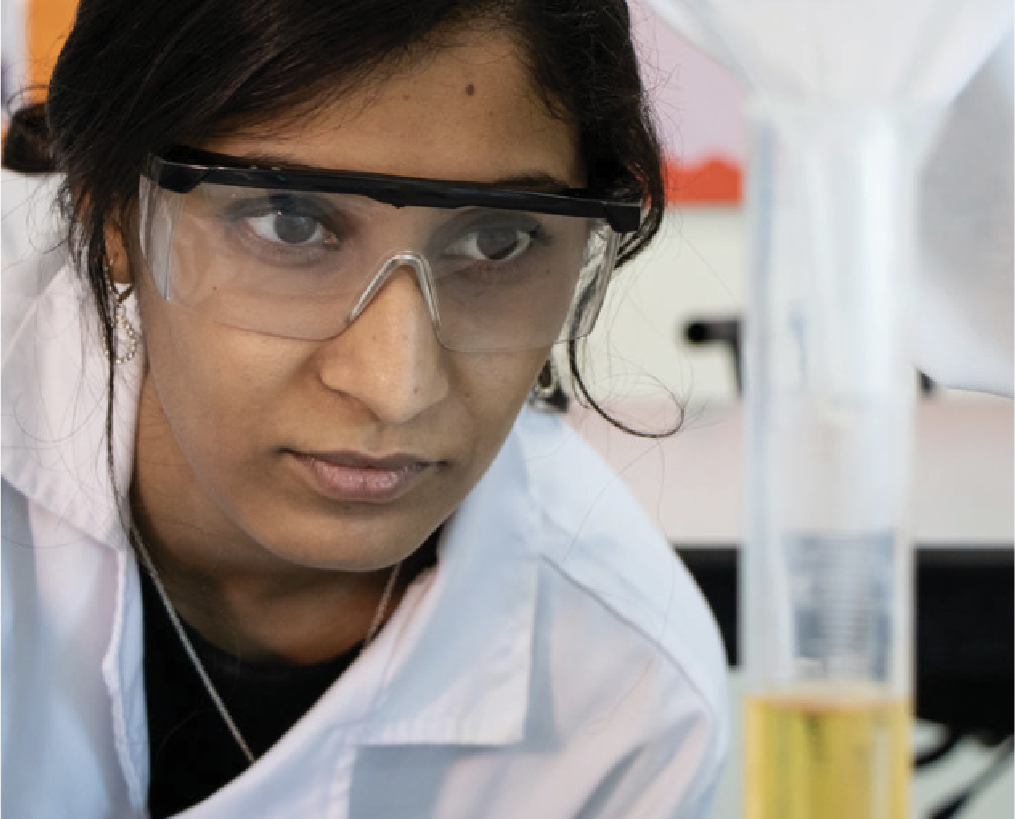 Since 2008, The Neutral Group and Neutral Fuels have pioneered a successful internship programme, nurturing and developing the skills of recent engineering graduates. Described as knowledge-rich and a life-changing experience, our internship programme gives talented graduates real life work experience and fosters highly applicable skills development. Apply to join our next cohort here.

We are proud to work with School Transport Services (STS), powering their school buses on our net zero biofuel, significantly reducing their carbon footprint and student exposure to tailpipe emissions.

The world’s most important pollinator of food crops is in danger. We are delighted to power The Bee Bus with 100% pure net zero biofuel as it buzzes around UAE schools stimulating the next generation’s understanding of the importance of bees.

Karl has taught at the prestigious Masdar Institute, is currently a catalyst mentor at Hult International Business School, and is a judge on the annual million dollar Hult Prize. He has been coaching fellow entrepreneurs for many years and is a frequent speaker at school STEM events, inspiring and training the next generation of leaders. He is a member of the worldwide Unreasonable Group, a group of successful innovators who work together in the belief that the world’s problems can be solved by entrepreneurs. 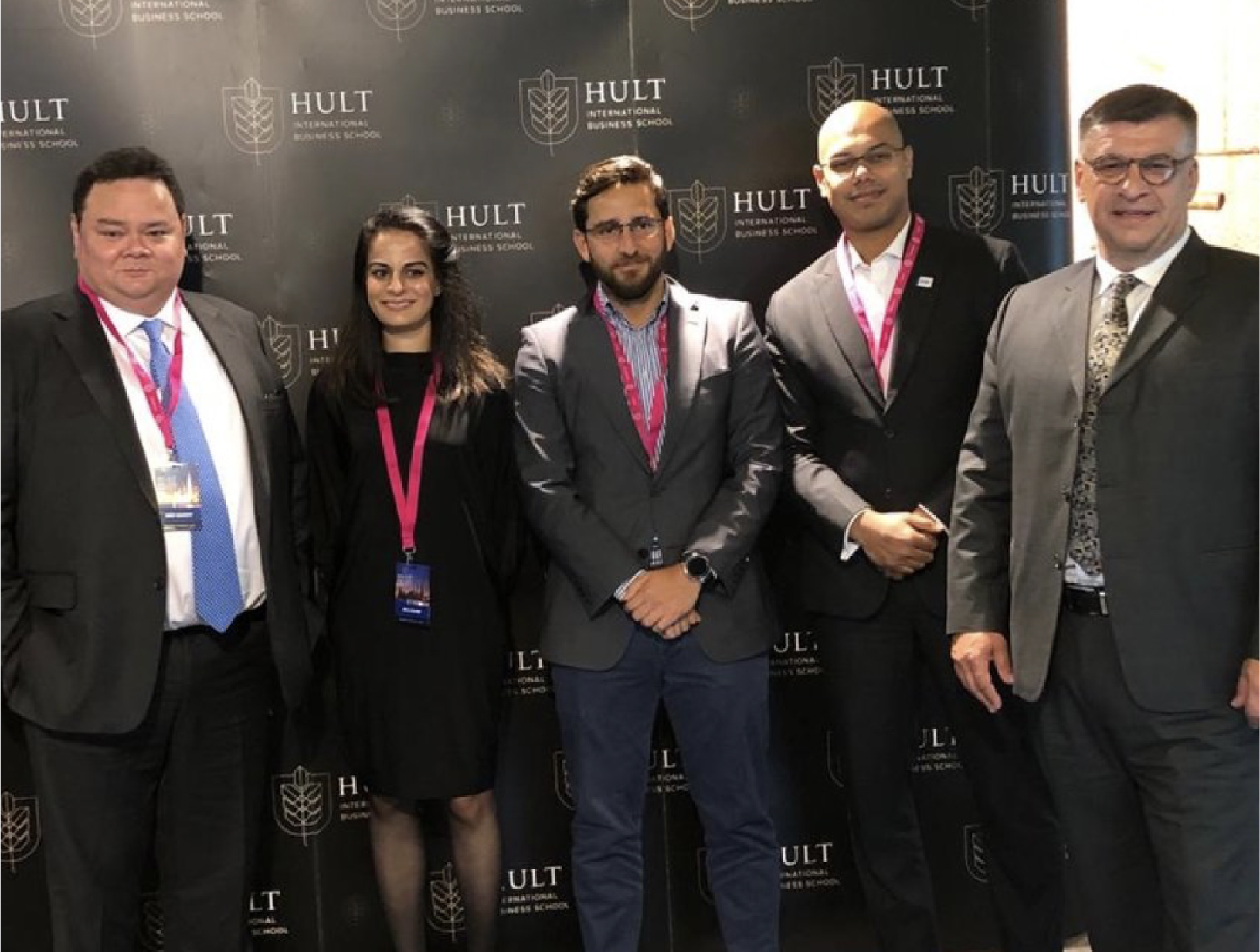 Our reforestation partner in India focuses on two areas. One project is planting fruit trees in Marora, Ghaghas, and surrounding villages. The trees are planted on land owned by local farmers and community organisations which include orphanages, aged care homes, and residential schools for the underprivileged. Here, a single fruit tree can provide food security and income for 50 years or more. The other project focuses on the damage caused by Cyclone Fani, and plants fruit trees to restore the sustainable livelihoods of the smallholder farmers in the region.
‍

Not only do we believe in reducing pollution to save the planet, we also believe in driving safely. Our partners at Road Safety UAE do a fantastic job educating  the public on driving effectively to avoid collision and injury. It is no surprise that when we drive more safely, we also use less fuel. 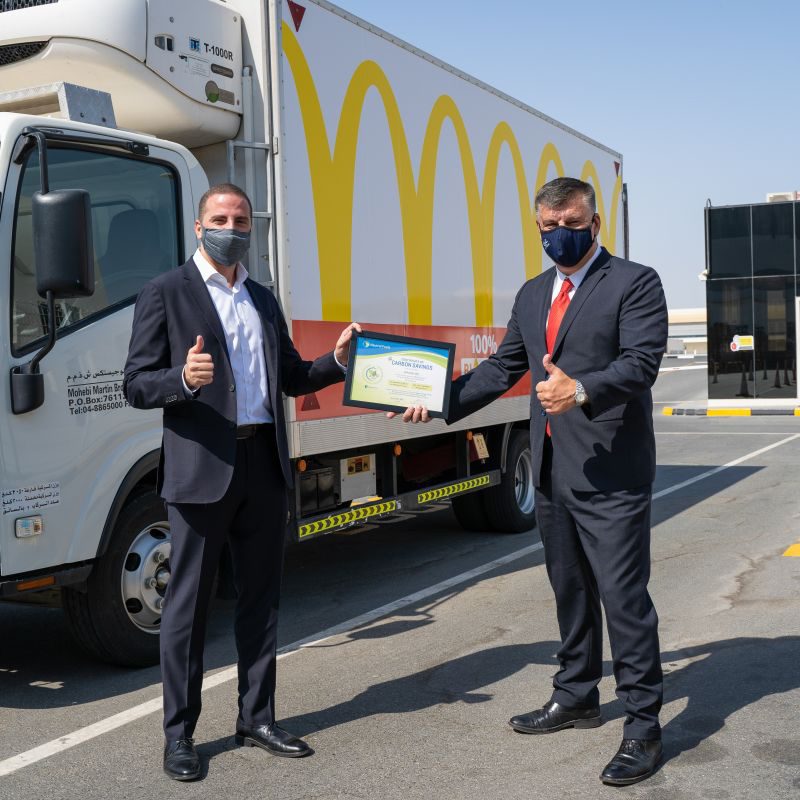 "We are grateful to have received a token of recognition from our long-standing partner Neutral Fuels. Thank you for being part of our ongoing journey in reducing our carbon emissions here in the UAE." 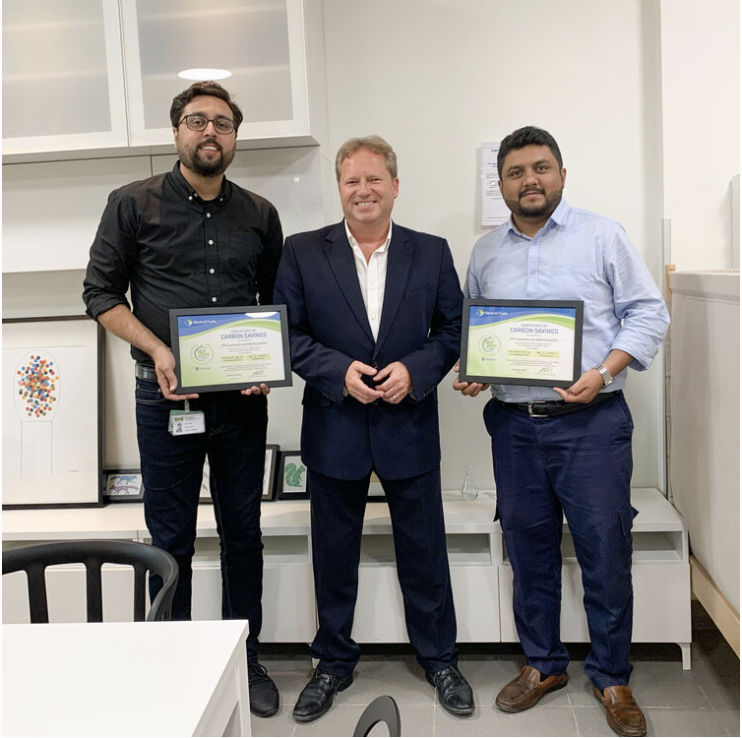 "These are the first steps towards a very worthwhile journey." 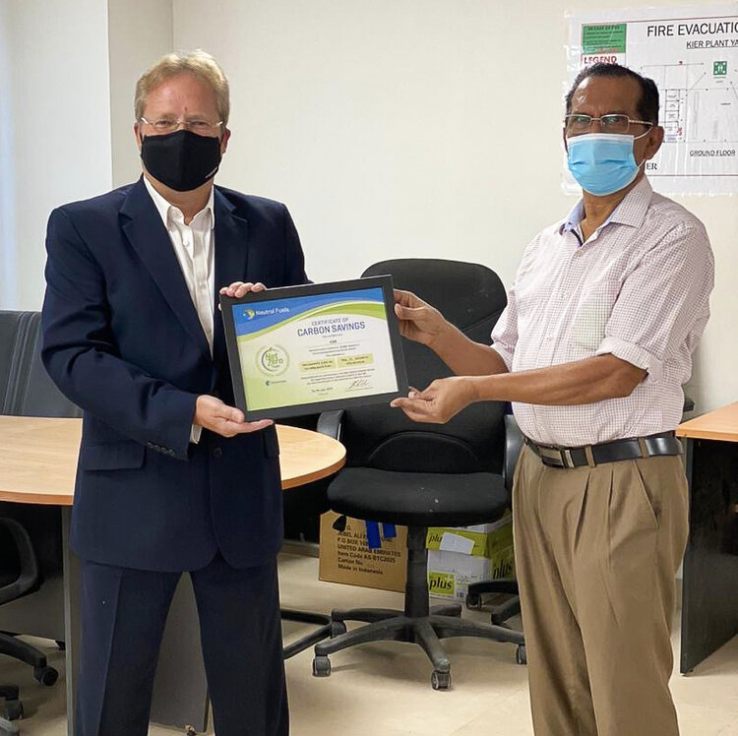 "We are a very happy customer in EXPO2020 and thank you Neutral Fuels for your excellent services." 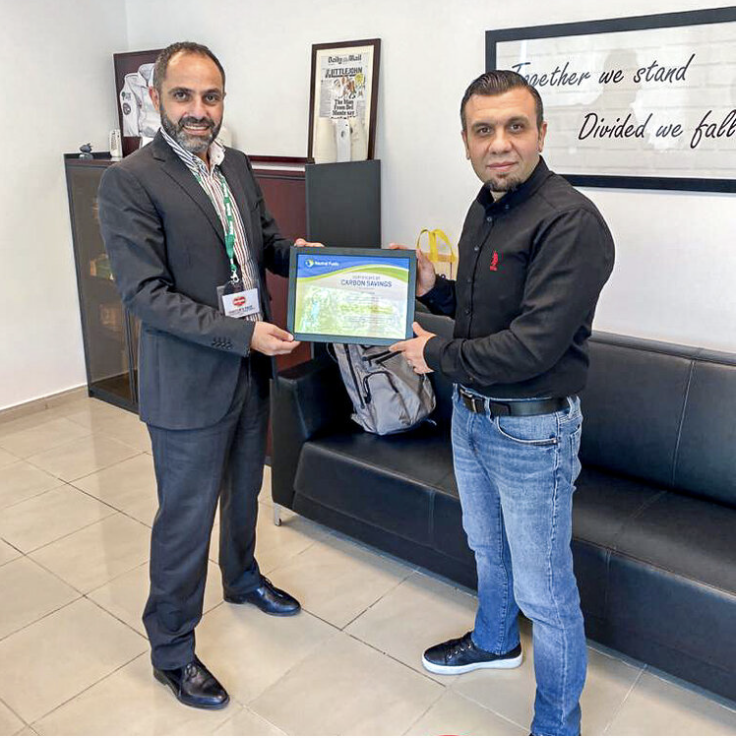 "Year after year Neutral Fuels have proved that not only are they are leaders in alternative energy production, but they are also planet savers" 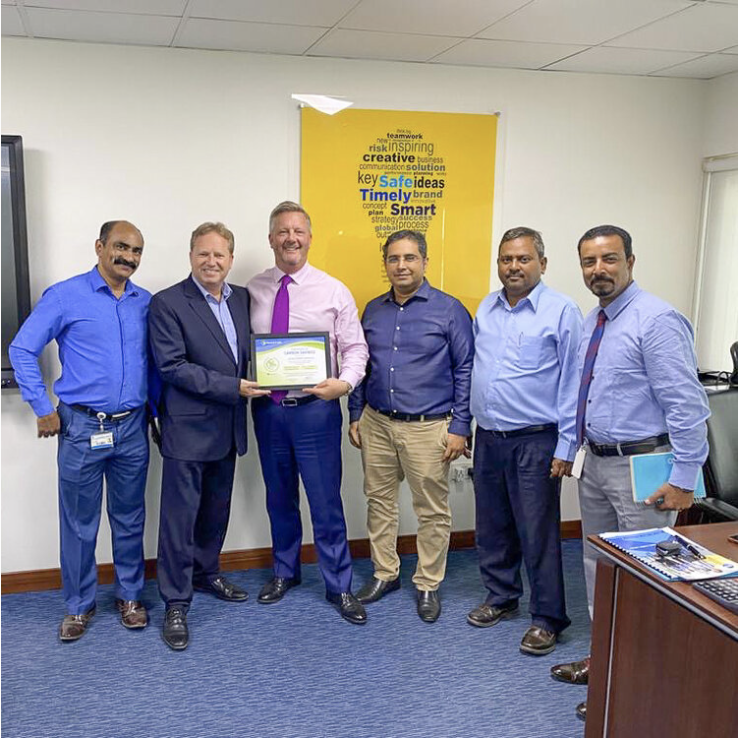 "This is great- it's going in our reception!" 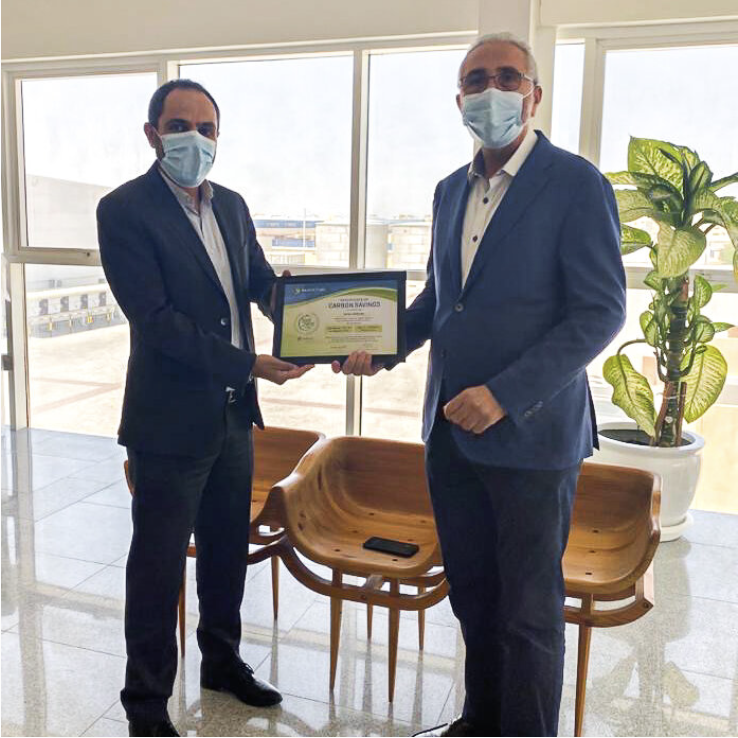 "It is a great pleasure to work with Neutral Fuels, reducing our carbon footprint in line with our Corporate Social Responsibility, as well as aligned to the goals and ambitions of the UAE government." 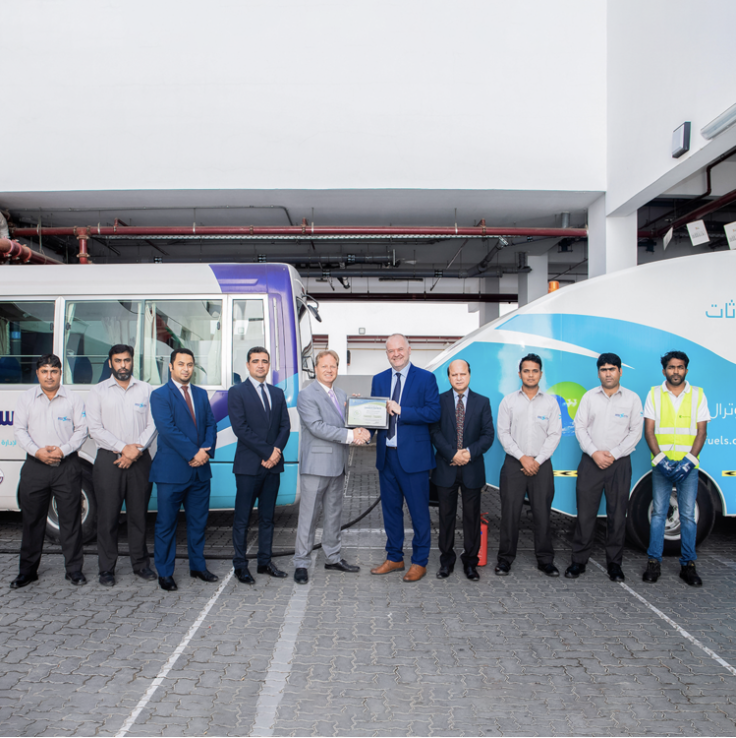 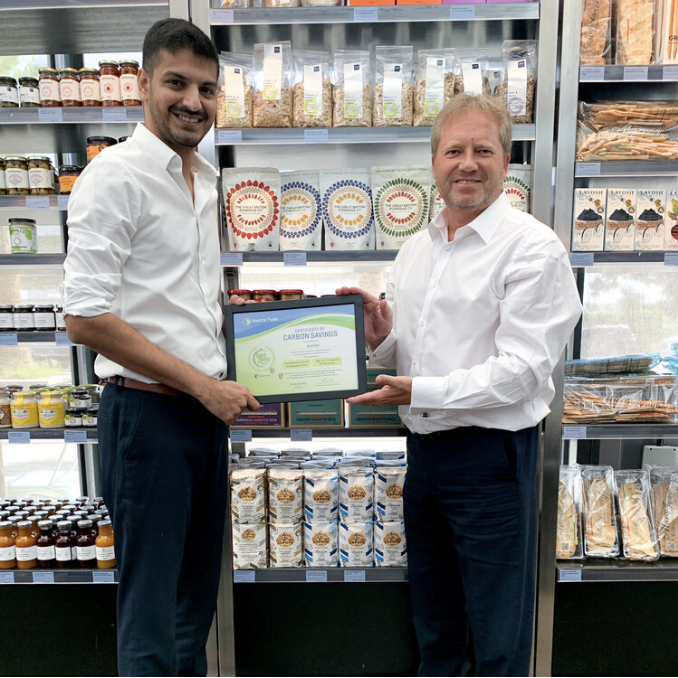 “Sustainability has always been very important to our organisation and in Neutral Fuels we have found the perfect partner to allow us to deliver it. We thank you for this long-standing relationship.” 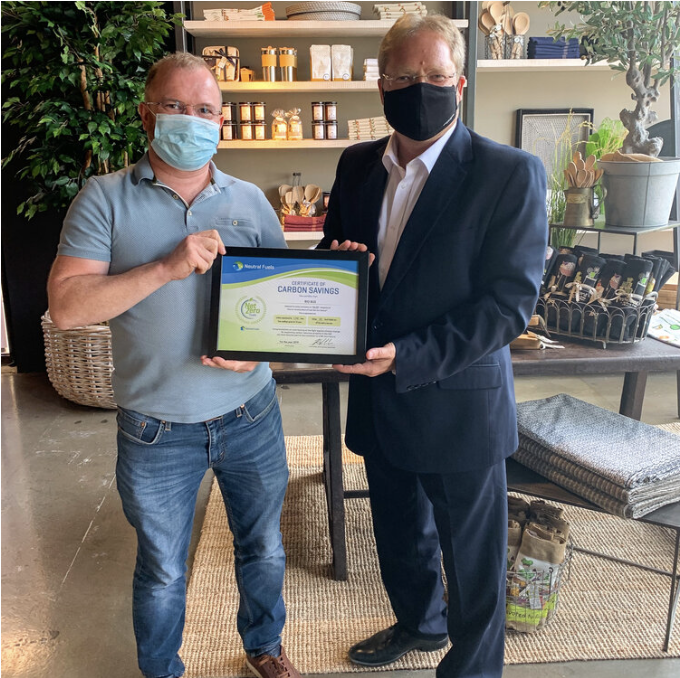 “Always a pleasure to work with Neutral Fuels and we are very grateful for this generous recognition of the work we have been undertaking to reduce carbon emissions both here in Dubai and in Abu Dhabi.” 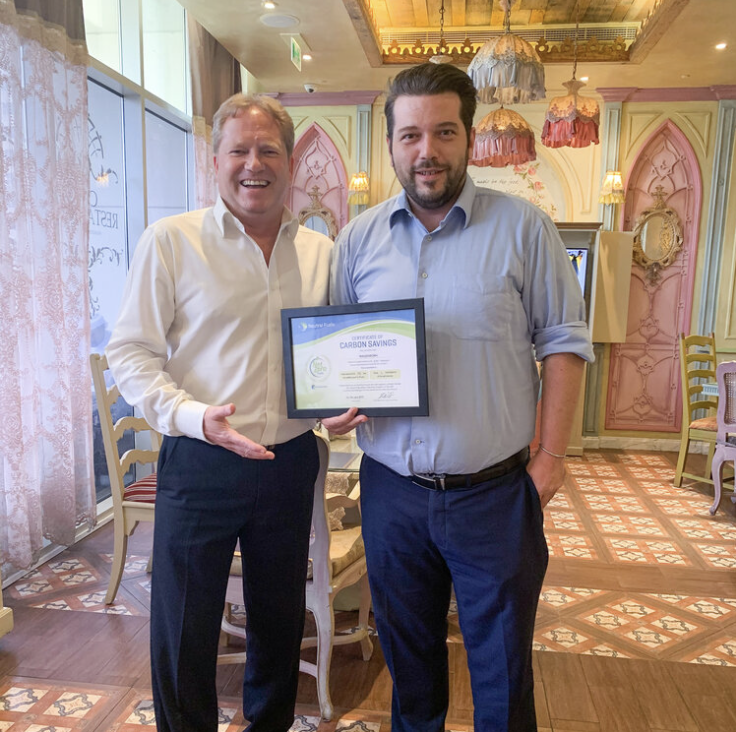 "As well as saving the planet, we also get a Carbon Savings certificate!"